EFFECT OF NOISE POLLUTION ON DOLPHINS 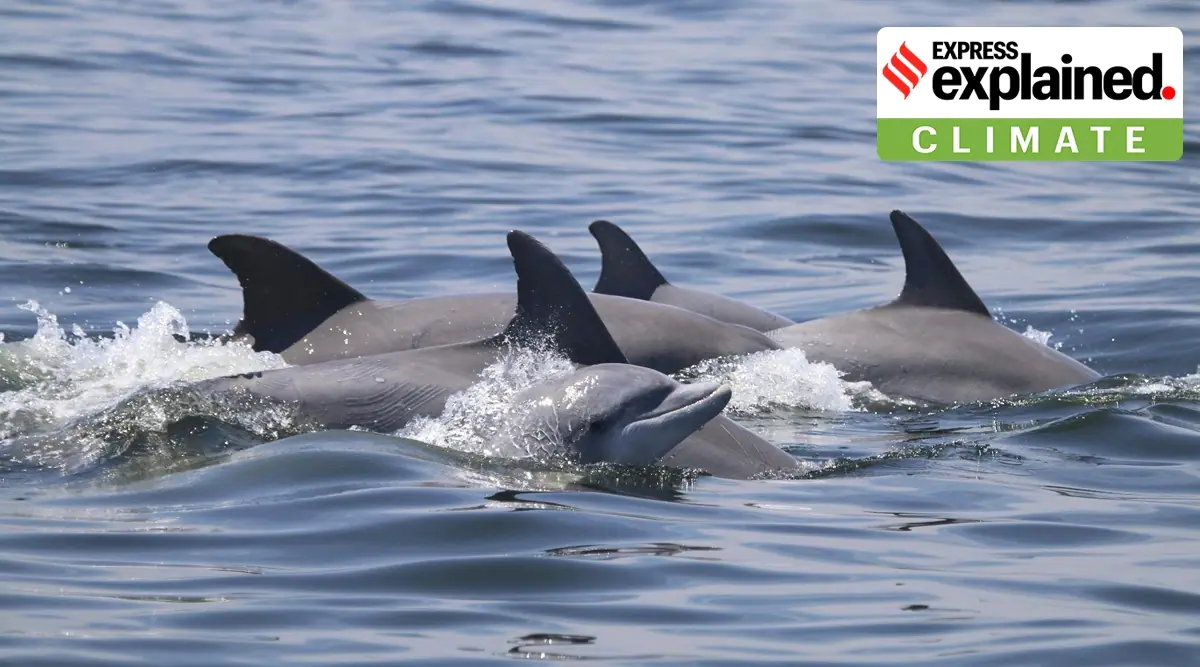 Context: A new study has found that noise generated by human activity makes it harder for dolphins to communicate and coordinate with each other. As the levels of underwater noise increase, these mammals have to “shout” to each other, it added.

What are the findings of the study?

What are the consequences of noisy oceans?

1. Dolphins are closely related to whales. Dolphins belong to the toothed whale group.

3. Dolphins communicate with clicks and whistles.

4. Dolphins give each other names.

7. They are extremely social and playful mammals.

8. Dolphins look after each other.

9. They are clever and somewhat devious at fishing for food.

10. Dolphins can use just half of their brain when they want to.

11. There is no clearly defined mating season.

12. Their gestation period varies by species.

14. The mother and calf will spend years together.

15. They have excellent eyesight. They hear without ears. They hear frequencies 10 times the upper limit of adult human.

16. Not every species of dolphin has a dorsal fin.

17. Their pectoral flippers are not used for swimming.

19. They have a mouth full of teeth, but never chew their food.

21. Some Oceanic dolphins have a beak.

22. Dolphins are different to porpoises.

24. One species of dolphin is considered critically endangered. The Baiji dolphin, which is a river dolphin found in the Yangtze River, has suffered a severe drop in population over the past few decades.

25. Dolphins have been known to protect humans from shark attacks.