What are sacred groves?

Distribution of Sacred groves in India: 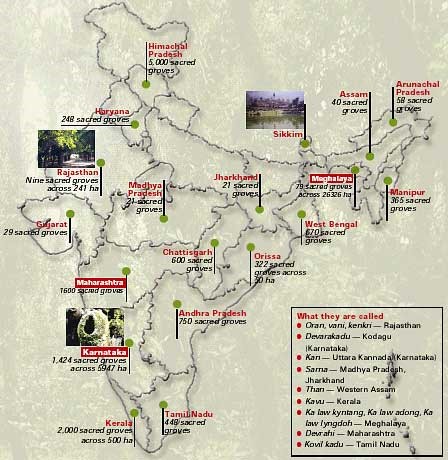 Threats to the grove: