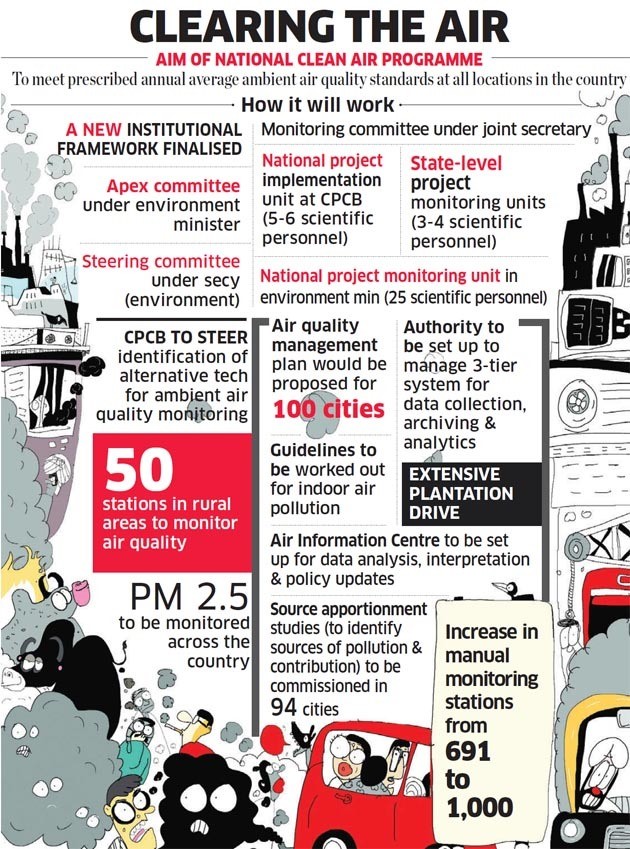 Context: Four years since the introduction of the National Clean Air Programme (NCAP) — India’s first national policy on curbing air pollution — air quality has improved in only 49 out of 131 cities in 2021-22 from the previous financial year’s figure, according to a report by the Centre for Research on Energy and Clean Air.