GS PAPER II: Functions and Responsibilities of the Union and the States, Issues and Challenges Pertaining to the Federal Structure, Devolution of Powers and Finances up to Local Levels and Challenges Therein.

Context: Concerned over the misuse of India’s sedition law, the Supreme Court said that it will define the contours of the colonial era penal provision to indicate what does and does not constitute sedition.

History of the law 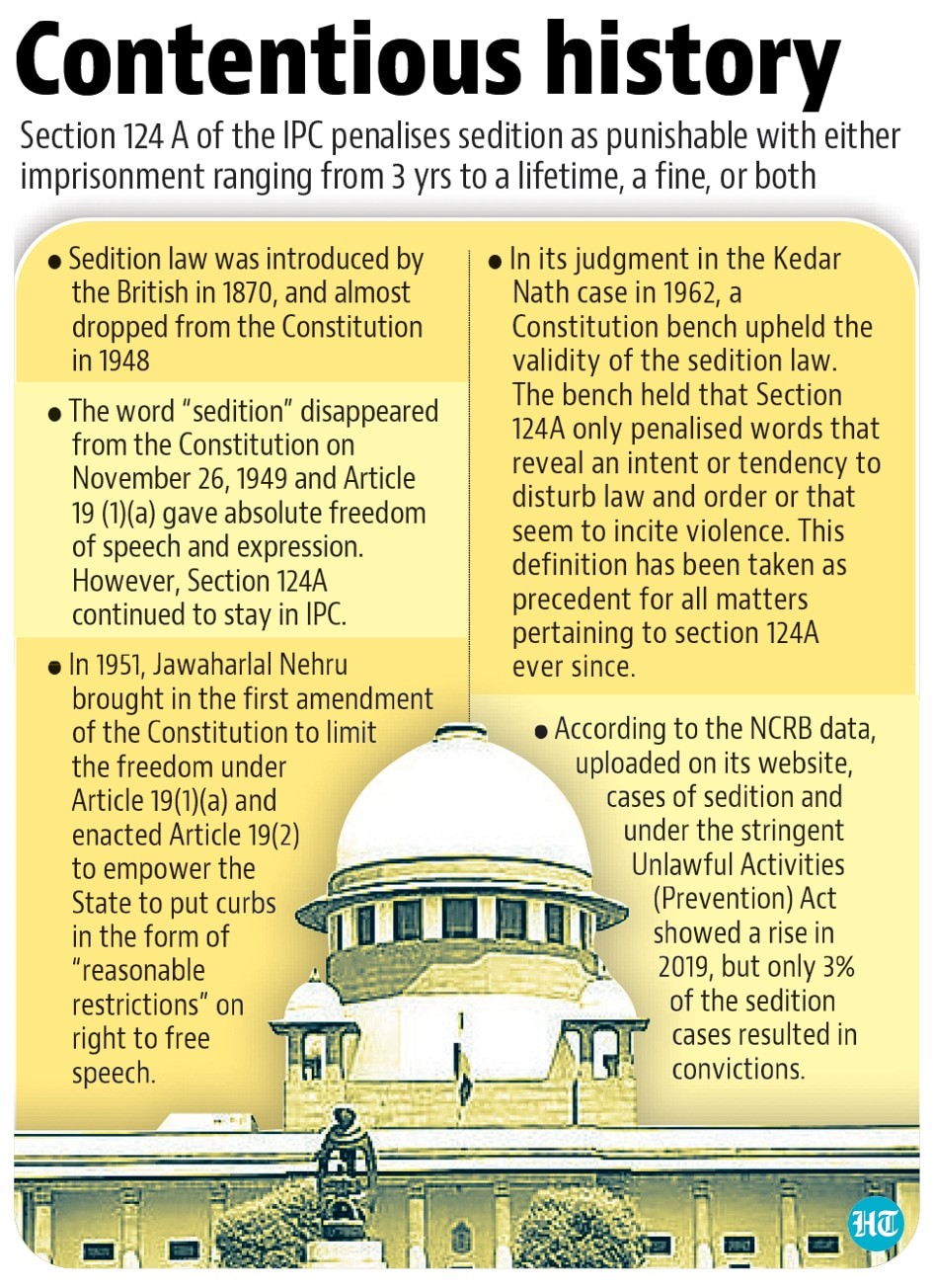 Why there is a need of sedition law?

Why there is a need to repeal or scrap this law?

Section 124A of IPC vs. Article 19 of Indian Constitution (Freedom of speech and expression)

To strike a balance between free speech and ensuring security of the nation, this provision must be repealed or replaced with a new set of laws specifying what stands for sedition, leaving no scope for misinterpretation by the authorities susceptible to political pressures