The unemployment rate for the week ended July 11 rose 34 basis points (bps) from the previous week to 7.64%, as improved labour participation raised the need for jobs.

The LPR is an age-specific proportion between persons either working or actively seeking work and the total population in the working age group, usually 15 years and above.

Unemployment rate is a ratio between persons who are not currently employed but are actively searching for a job, and the total labour force. 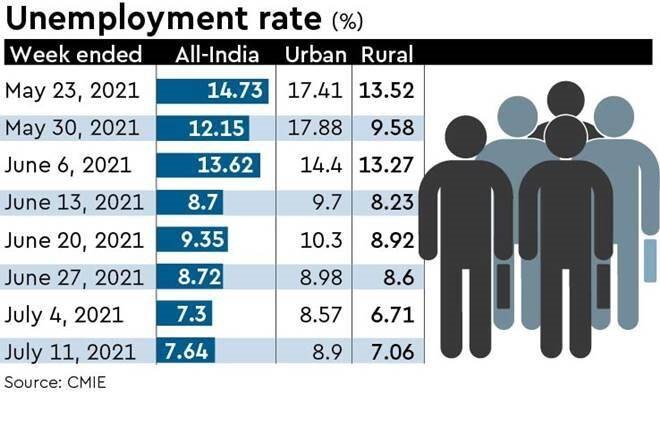 Causes of Unemployment in India

Important causes of unemployment in India may be summarized as follows:

Consequences of Unemployment In India

The measures that can help us in eradicating or minimizing Unemployment: