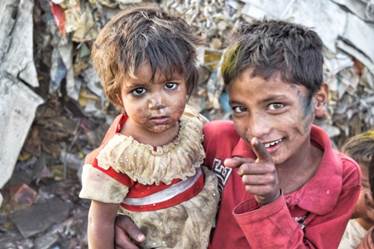 Reasons behind Poverty in India

Malnutrition - not even a bowl of rice a day

Child labour - no time to play and learn

Lack of education - no opportunities without education

India has been tagged as a very consistent ‘developing nation’ and this difference between developing and developed will be achieved only when problems like poverty and hunger are eradicated.