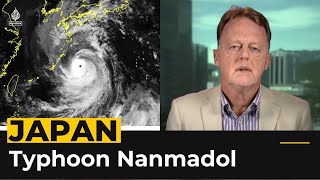 Like any tropical cyclone, there are several main requirements for typhoon formation and development:

(3) high humidity in the lower-to-middle levels of the troposphere,

(5) a pre-existing low level focus or disturbance, and

Read all about tropical Cyclones: https://www.iasgyan.in/blogs/cyclone-burevi-all-about-tropical-cyclones