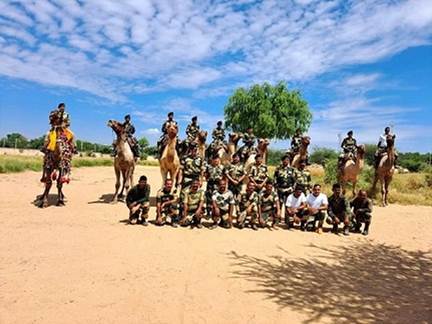 Context:  BSF's first female camel riding squad is ready to be deployed along the India-Pakistan border in Rajasthan and Gujarat.