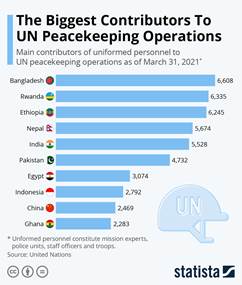 Context: Two BSF personnel who were part of the UN Peacekeeping Mission in the Democratic Republic of the Congo (DRC), were among five people killed during a protest in an eastern town near the border with Uganda

These three principles are inter-related and mutually reinforcing: