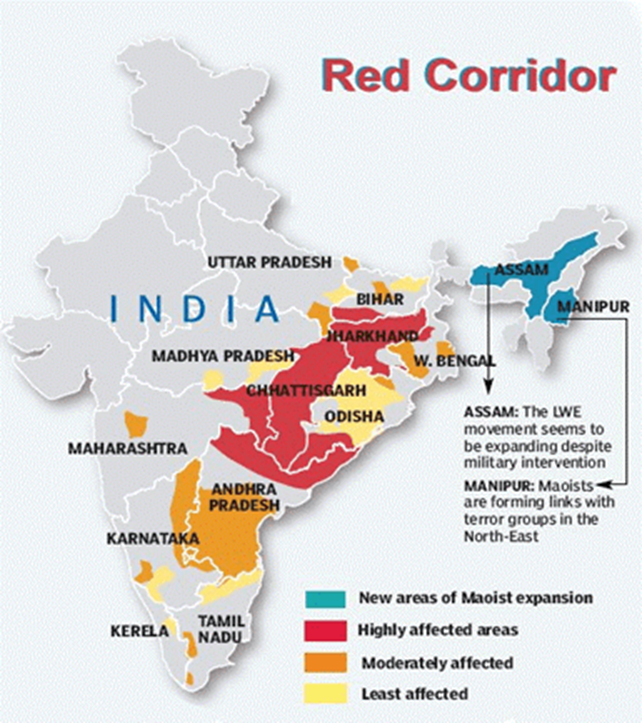 Ministry of Home Affairs is supporting the State Governments for Capacity Building and strengthening of Security Apparatus by:

For development of LWE Affected States, Government of India (GoI) has taken several developmental initiatives which include:

Causes of left-wing extremism in India:

Issues Related to Dealing With LWE: