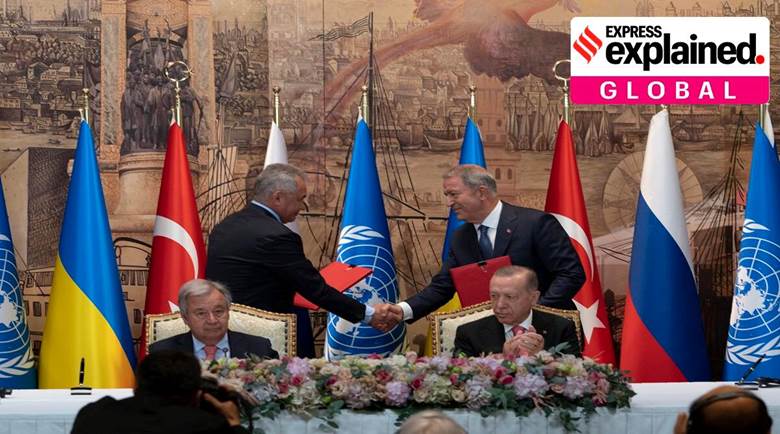 Context:   Russia and Ukraine signed separate agreements with Turkey and the U.N., clearing the way for exporting millions of tons of desperately needed Ukrainian grain — as well as Russian grain and fertilizer — ending a wartime standoff that had threatened food security around the globe.

Why was the grain export deal signed?

What is the grain export deal?