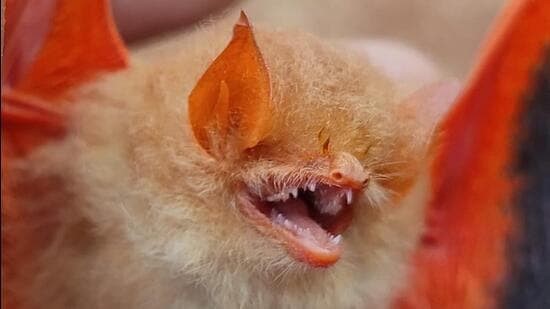 Context: Chhattisgarh: Rare ‘orange bat’ spotted in Bastar’s Kanger Valley National Park. In India, it has already been spotted in the Western Ghats, Kerala, Maharashtra and Odisha, and now Chhattisgarh

When did they appear?

Evidence for bat-like flying mammals appears as far back as the Eocene Epoch, some 50 million years ago; however, the fossil record tracing bat evolution is scanty.

How do they fly?

What do they eat?