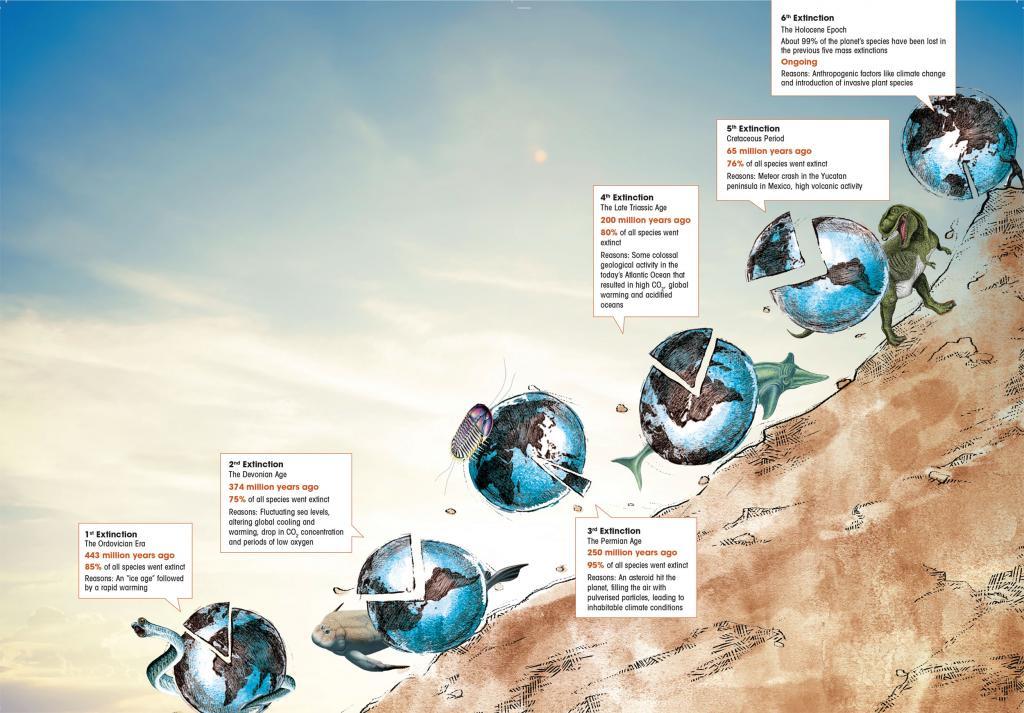 Context: The wave of extinction of species underway across the globe might be more intense than previously thought, a new research led by the University of Minnesota indicated.

A Brief History of Earth

Early life forms began to flourish during the Cambrian Explosion, 540 million years ago. Mass extinctions—when at least half of all species die out in a relatively short time—have occurred only a handful of times over the course of our planet's history. The largest mass extinction event happened around 250 million years ago, when perhaps 95 percent of all species went extinct.

The largest mass extinction event in Earth's history affected a range of species, including many vertebrates.

The extinction of other vertebrate species on land allowed dinosaurs to flourish.

What to Call It?

Scientists refer to the major extinction that wiped out nonavian dinosaurs as the K-T extinction, because it happened at the end of the Cretaceous period and the beginning of the Tertiary period. Why not C-T? Geologists use "K" as a shorthand for Cretaceous. "C" is shorthand for an earlier period, the Cambrian.

Dawn of a New Age

The extinction that occurred 65 million years ago wiped out some 50 percent of plants and animals. The event is so striking that it signals a major turning point in Earth's history, marking the end of the geologic period known as the Cretaceous and the beginning of the Tertiary period.