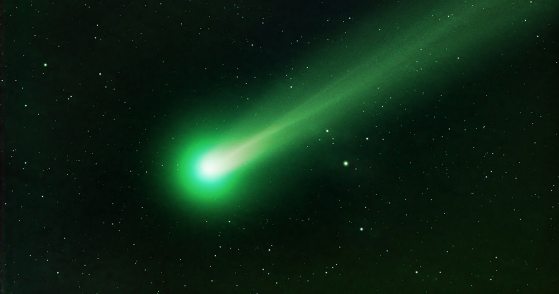 Note: The Oort cloud is a big, spherical region of outer space enveloping our sun, consisting of innumerable small objects, such as comets and asteroids. NASA terms it “the most distant region of our solar system” and “Home of the Comets”.

What is the ‘Green Comet’?

Is the green comet rare?