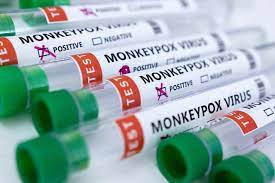 The Director General of the WHO while declaring monkeypox a public health emergency of international concern, indicated that it could be a sexually transmitted disease (STD).

By looking at the manner of its spreading does it look like it’s just an STD?

By looking at the disease’s symptoms. It appears that skin lesions are one of the main characteristics of the monkeypox virus.

How do these skin lesions develop and are they similar to smallpox?

Almost 75 people are reported dead in Africa due to the monkeypox virus. Though the death rate is low, it is concerning.

Does monkeypox also affect other organs of the human body?

How prepared India is in dealing with such a virus?

Which group of people are prone to the monkeypox virus?

The incubation period of the monkeypox virus

What precautions can be taken?

What lessons did India learn in dealing with such a global health crisis?

Precaution is better than cure, a host of precautions as suggested must be implemented with extra care due to the low availability of vaccines. With the increase in the number of cases globally, India needs to remain extra vigilant, take necessary precautions, and if there are any symptoms, the patient must consult a doctor and take the necessary steps like quarantine.