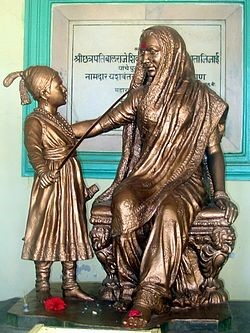 Context: The Prime Minister, Shri Narendra Modi has paid tributes to Rajmata Jijau on her Jayanti and said that her name will always be a part of our history for mentoring a great person like Chhatrapati Shivaji Maharaj.