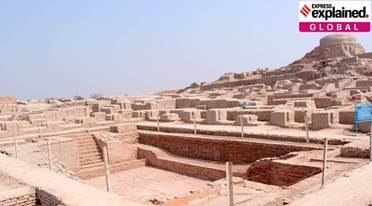 Context: The recent spell of heavy rains and floods that ravaged large parts of Pakistan’s Sindh province has also taken a heavy toll on the archaeological site of Mohenjo-daro.