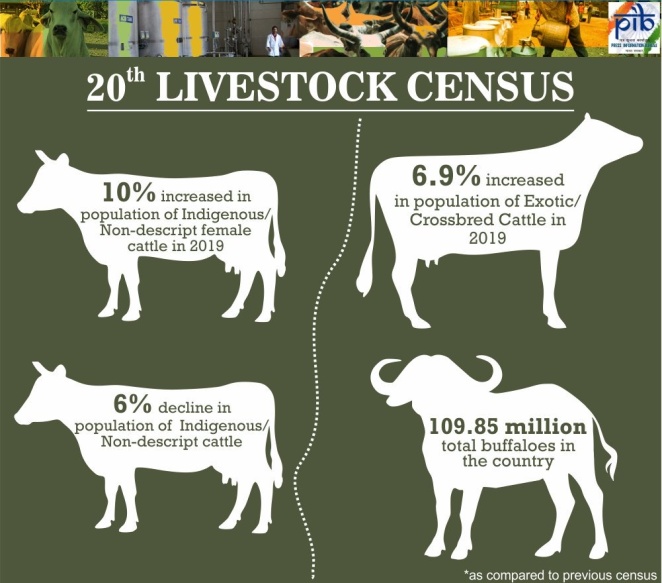 Highlights of the Report

The major highlights of Breed-wise Report of Livestock and Poultry are summarised below:

What is the livestock census?

The Animal Husbandry Departments of States/UTs were entrusted to conduct the field operations.

Results of the 20th Livestock Census

The following are the key results of the 20th Livestock Census: 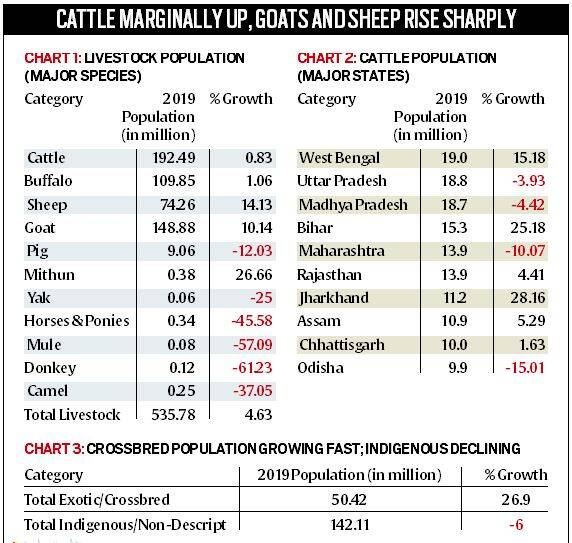 Implications of the decline in the numbers of indigenous cattle

What are the trends in the population of livestock other than cattle?