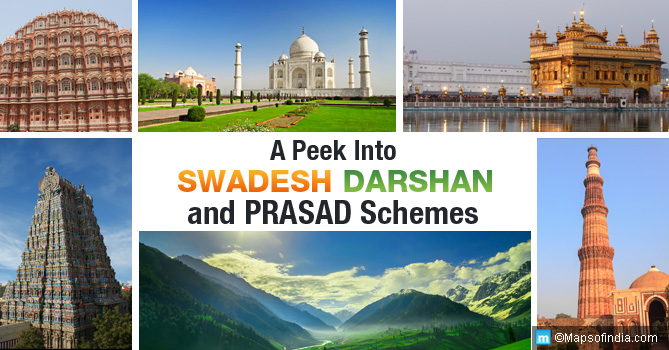 Context: The Ministry of Tourism under its schemes of ‘Swadesh Darshan’ and ‘PRASHAD’ provides financial assistance to State Governments/Union Territory (UT) Administrations/Central Agencies etc. for development of tourism infrastructure in the country.