STRUCTURE OF THE SUN 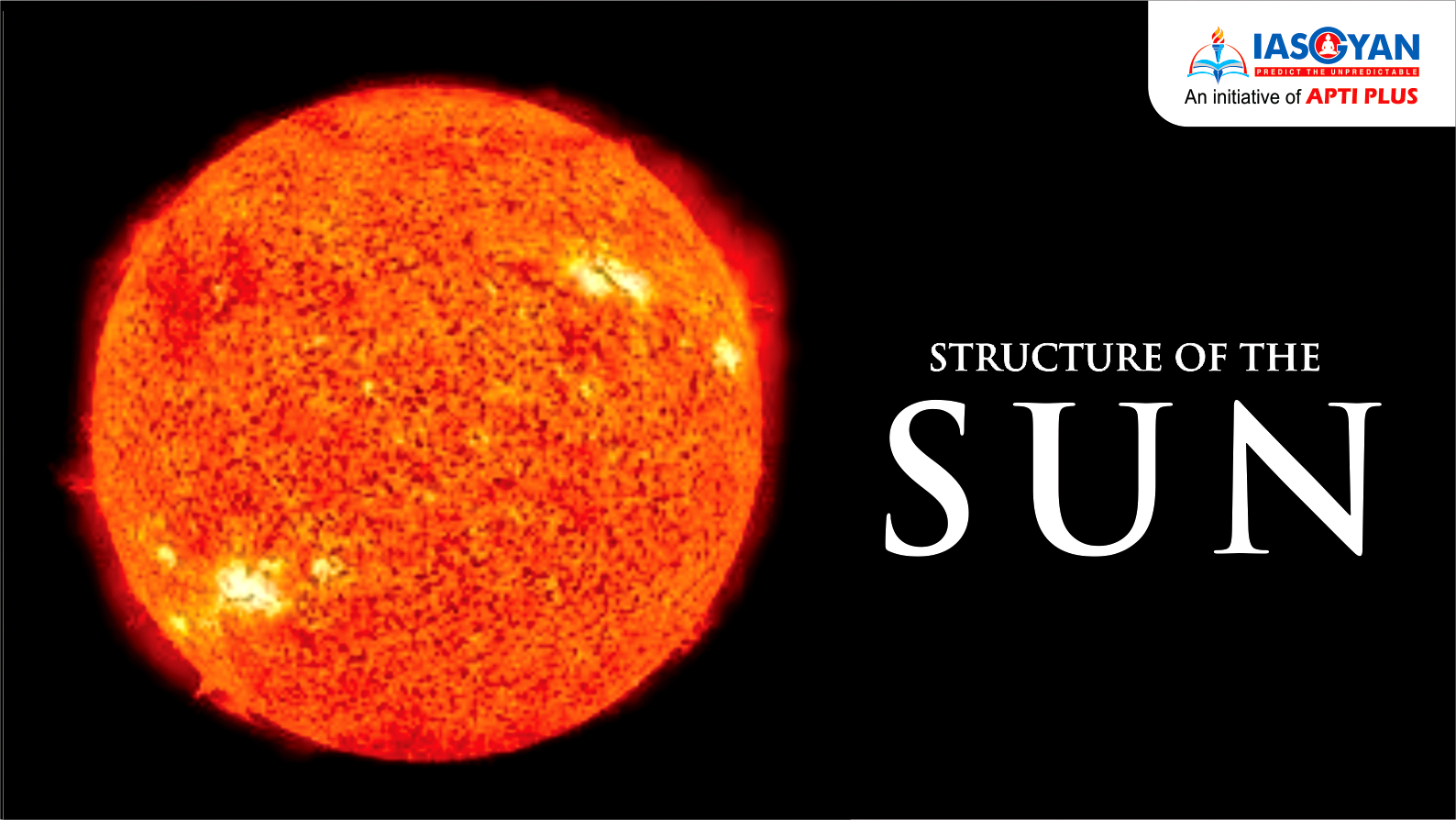 In order to have a stable star, the energy it emits must be the same as it can produce. There must be an equilibrium. The main source of energy of a star it is nuclear fusion, especially the proton-proton chain, which can transform hydrogen into Helium.

The energy generated in the core is transported outside by two main mechanisms: radiation and convection. The radiation process consists just of photons emitted by the Sun, and the convection means huge movements of material all throughout its interior, as you can see on the cover.

Scientists call this balance “hydrostatic equilibrium”. There are two main forces acting in a star: 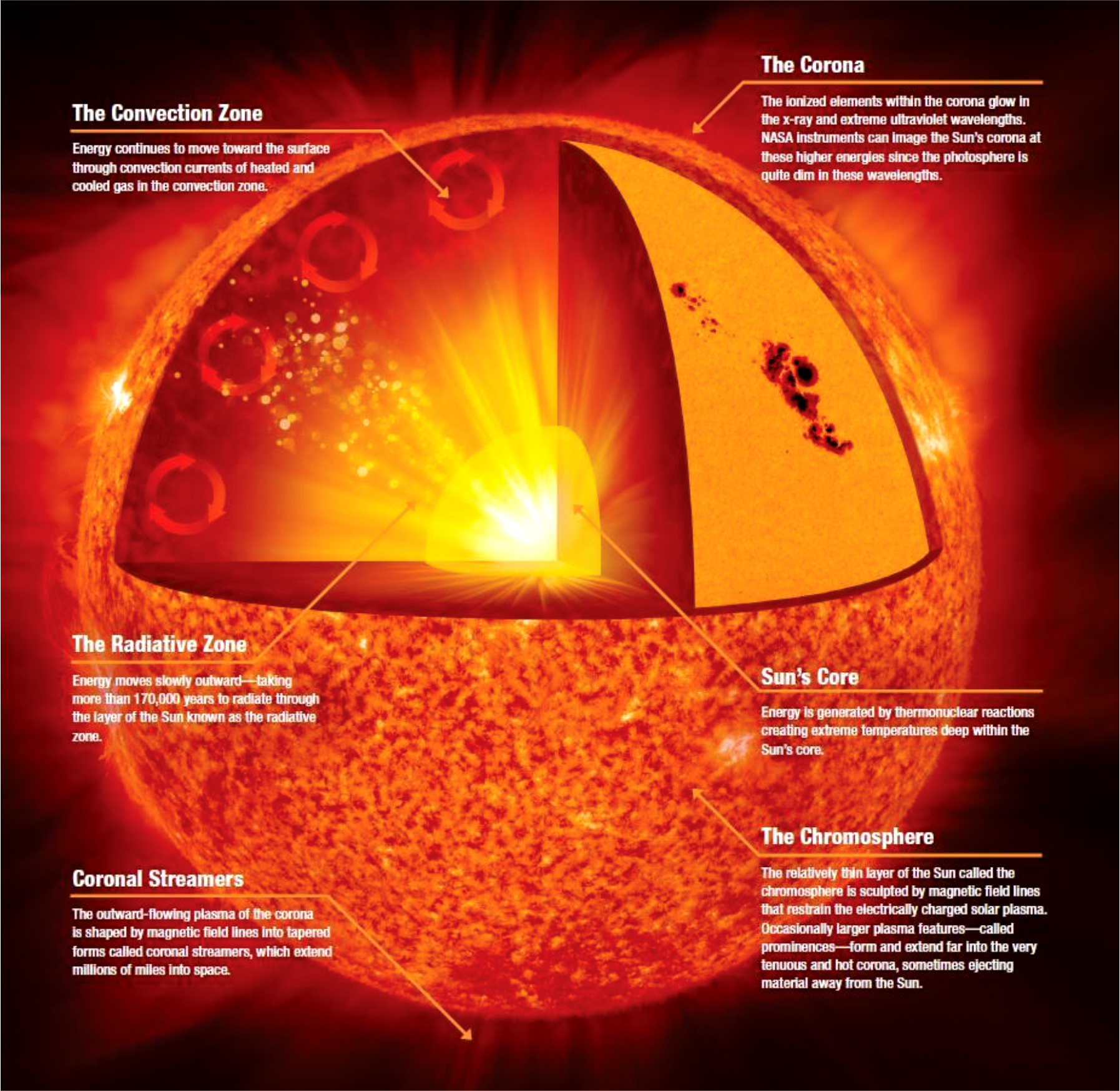 The different layers of the Sun

The Sun, like other stars, is a huge spherical object made of hydrogen and helium. Its diameter reaches

1.400.000 km, or 109 times the Earth’s diameter; but is 4 times less dense than the Earth due to its composition. The Sun is not only made of the glowing gas that we see with a telescope. It has, exactly like the Earth, different layers at different temperatures. Every layer has its own features which makes them interesting. Below is a figure of the structure of the Sun with all the different layers and components named. 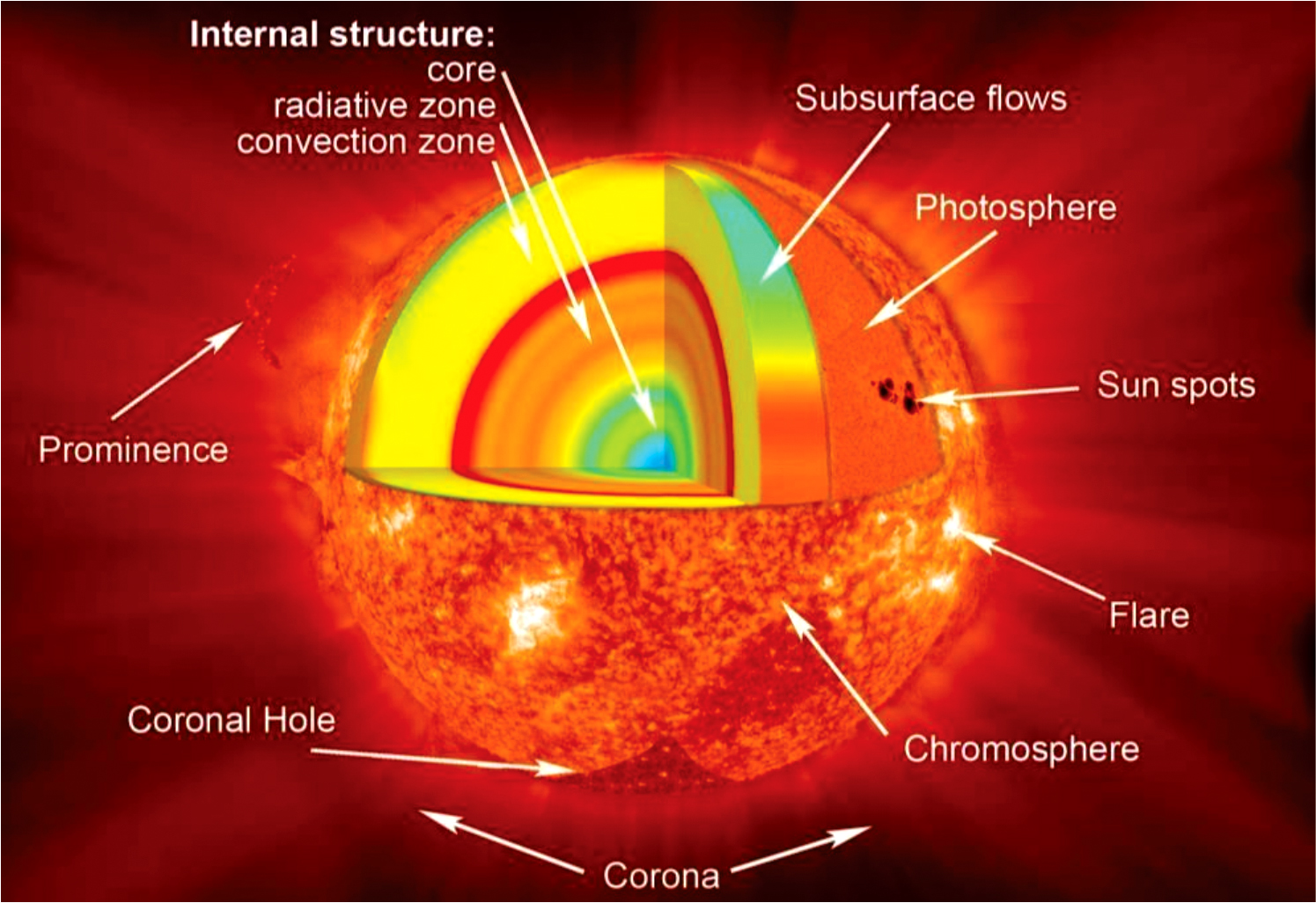 Figure 1: A slice of the Sun. The nuclear fusion reactions occur in its center Credit: NASA

A short description of the different layers seen on Figure 1 can be read below:

Table 1: Temperature, density and size of every layer of the Sun  [Credit: (CESAR)]

Neither their temperature nor their composition are the same, so the solar activity on these layers is very different. These different features are:

Figure 3: Solar “coronal rain” – some of the material released from a solar flare – falling back down to the Sun.