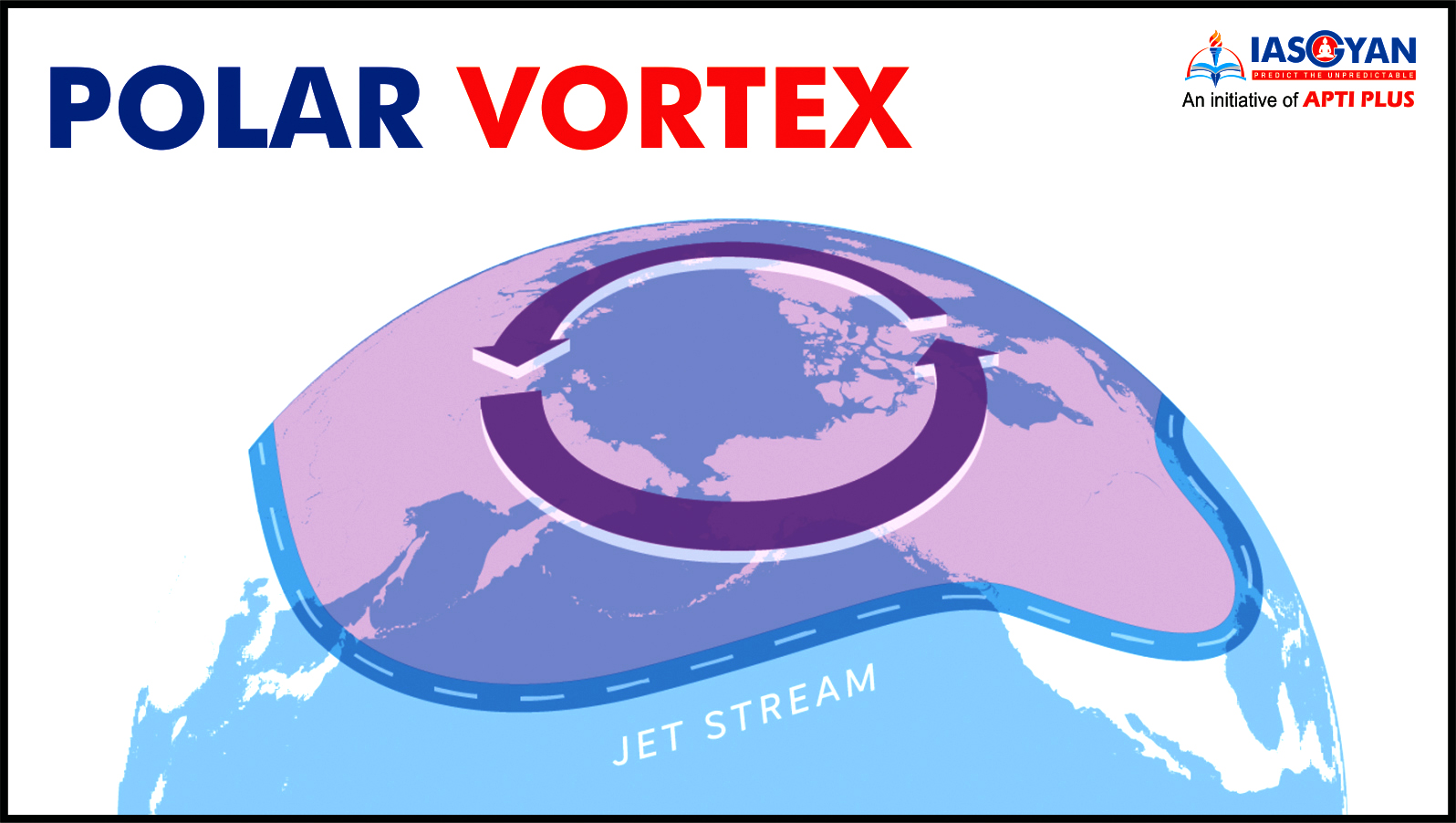 For Better understanding read and then watch this: https://youtu.be/XGPLHwARPSY

More generally, a vortex is a region within a fluid where the flow is mostly a rotational motion around a given axis. Although Earth’s atmosphere is a gas, it behaves broadly as a fluid. Different vortices occur at different levels of the atmosphere, but the vortex that usually has the greatest influence on weather in the troposphere, or the lowest 10 kilometers (6 miles) of Earth’s atmosphere.

The polar vortex in the Northern Hemisphere

The air within the Northern Hemisphere polar vortex is referred to as polar air or Arctic air, depending on temperature, with the Arctic air being the coldest. South of the polar vortex, the atmosphere is much warmer, representing sub-tropical air, and, further south, tropical air. The boundary between the cold air within the vortex and the warmer air to the south is a region of steep temperature gradients, with temperatures decreasing to the north. These sharp temperature gradients give rise to the polar front jet stream, a fairly narrow ribbon of especially fast-moving air, flowing broadly from west to east. So, the southern boundary of the polar vortex essentially corresponds to the location of the polar front jet stream.

The polar vortex does not come and go. The vortex persists, roughly centered over the axis of Earth’s rotation. Still, the vortex changes shape over time. Sometimes the vortex forms a fairly neat, tight circle, but the vortex is typically irregularly shaped with a number of large meanders in the flow known as longwaves. Regions where the cold air dips southward are known as longwave troughs. Regions where the warm air extends northward are known as longwave ridges. The location and strength of longwave ridges and troughs vary from week to week, and the polar vortex as a whole can also extend toward the Equator or toward the pole. 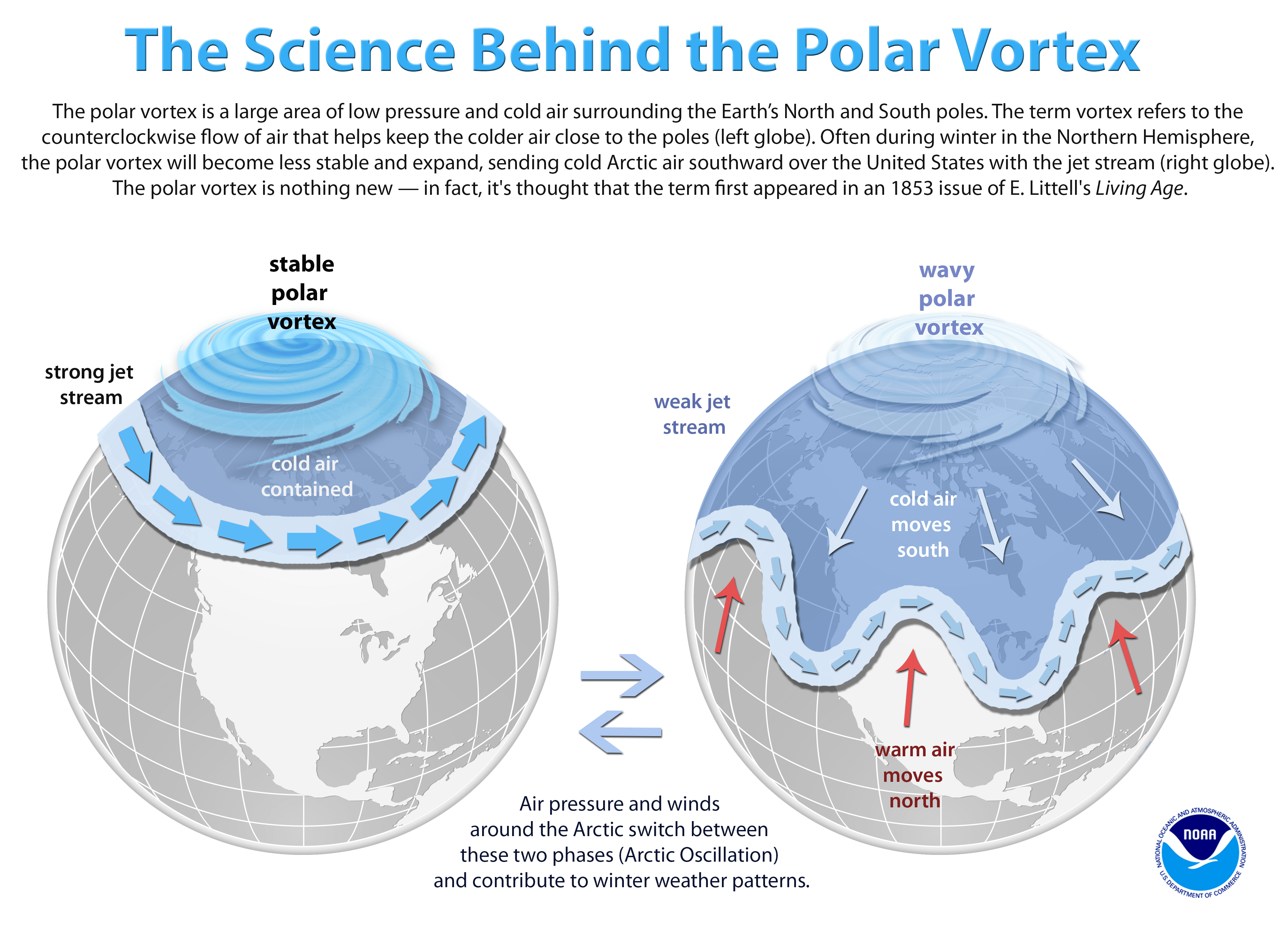 Variations in the polar vortex are expressed as changes in the weather, and those changes can be unpleasantly noticeable. For example, in a location where the polar vortex is dipping strongly to the south, meaning a longwave trough is moving in, temperature drops sharply. This drop is known as a polar, or Arctic, outbreak depending on the temperature of the invading air. Storms often form along the jet stream that defines the boundary of the polar vortex, so polar or Arctic outbreaks frequently bring commute-ruining storms. These storms tend to be associated with shortwaves, which are smaller meanders embedded with the longwaves. The polar vortex nuisance factor is usually more pronounced in winter than in summer, which figures because winter is when there are icy roads.

Some scientists link changes in the Northern Hemisphere vortex to strong warming in the Arctic related to the ongoing loss of its sea ice cover. This connection is controversial, though, and the subject of ongoing research.