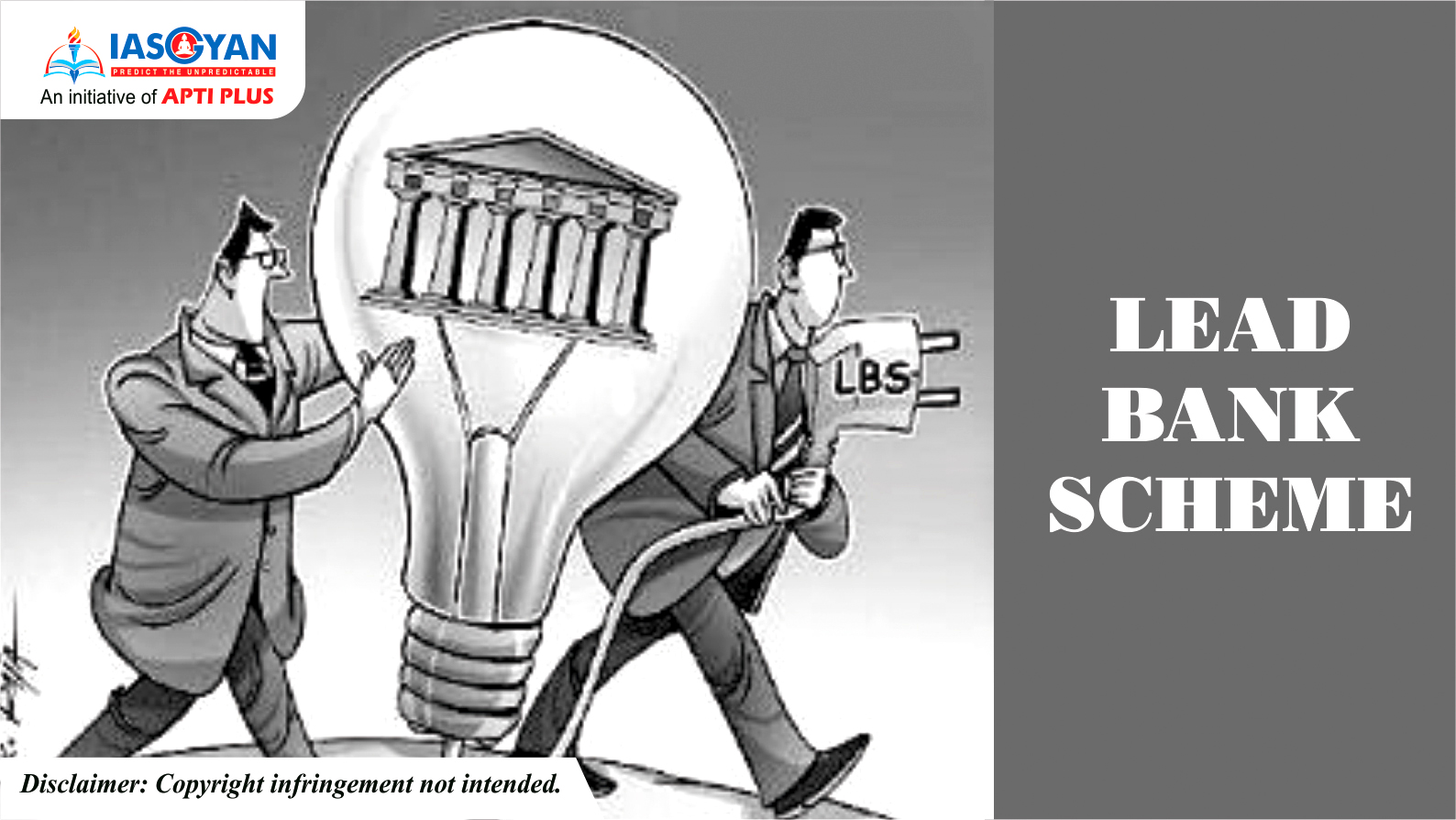 The Lead Bank Scheme is a scheme which aims at providing adequate banking and credit in rural areas through an ‘service area approach’, with one bank assigned for one area. It was introduced in 1969.

On the recommendation of the Gadgil Study Group and Banker’s Committee, the Scheme was introduced by RBI. The committees found that the rural areas were not able to enjoy the benefits of banking.  Also, that the commercial banks did not have adequate presence in rural areas and also lacked the required rural orientation which was hindering the growth of rural areas.

To address this issue it was decided that some areas or sector will be given to the banks whether private or public in which that bank had to play a lead role in providing financial services to the people.

D.R.Gadgil study group recommended the adoption of an ‘AREA APPROACH’ to evolve plans and programs for the development of adequate banking and credit structure in rural areas.

NARIMAN  committee appointed by RBI endorsed the ideas of area approach in its report recommended that each bank should concentrate on certain districts where it can act as ‘LEAD BANK’.

Pursuant to the above recommendations, the lead bank scheme was introduced by RBI in December 1969.

The lead bank scheme assigned lead role to individual banks in the public sector and private sector for the districts allotted to them.

A bank having a relatively large network of branches in rural areas of given districts and having adequate financial and manpower was generally been entrusted with the lead responsibility for that district.

The lead bank act as a leader for coordinating the efforts of all credit institutions to increase the flow of credit to agriculture, small scale industries, and other areas. 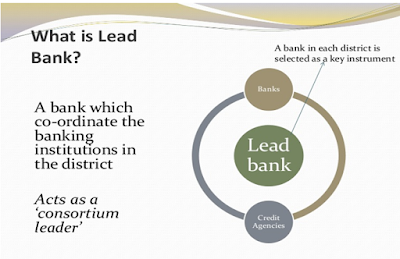 Objectives of the Lead Bank Scheme

Advantages from the scheme

The study committee appointed by RBI in Gujarat & Maharashtra concluded the following points.

A high- power committee was constituted by the Government Of India and it was headed by the Usha Thorat, former Deputy Governor of RBI,  in order to suggest some reforms in the LBS.

The main objective of the panel was to recommend steps to revitalize the LBS, given the challenges facing the banking sector, especially in an era of increasing privatization and autonomy.

Following recommendations were given by this panel:

From the above discussion we can conclude that the main objective of the lead bank scheme (LBS) was financial inclusion. The Usha Thorat committee highly favoured the further continuance and revitalization of the scheme for the sake of the financial inclusion in the country.