India is the World’s largest democracy and the Constitution of India provides universal adult suffrage to its citizens irrespective of race, religion, gender, economic status. There has been a significant increase in voter registration over the years. However, the stagnation of voter participation is a cause of concern. As per the available data approximately one-third of the voters do not vote. This translates to a high figure of about 30 Crore eligible voters. According to ECI the inability to vote due to internal migration is one of the prominent reasons behind low voter turnout. The Election Commission of India (ECI) showcased the remote electronic voting machine prototype for migrant voters to representatives of political parties. This Multi-Constituency Remote Electronic Voting Machine (RVM) would enable migrant voters to vote from remote polling stations. ECI has also solicited written views of recognised political parties by January 31, 2023, on various related issues including changes required in legislation, administrative procedures, and voting method / RVM / technology for domestic migrants. Meanwhile, 16 opposition parties have said they will oppose the Election Commission’s multi-constituency remote electronic voting machine (RVM) for domestic migrants terming the proposal as very sketchy with huge political anomalies and problems such as no clarity on definition and number of domestic migrants.

Remote voting refers to all those means which allow electors to vote from locations other than the polling station assigned to their district of residence, either from abroad or from within the country. It comprises both electronic voting and non-electronic voting mechanisms. 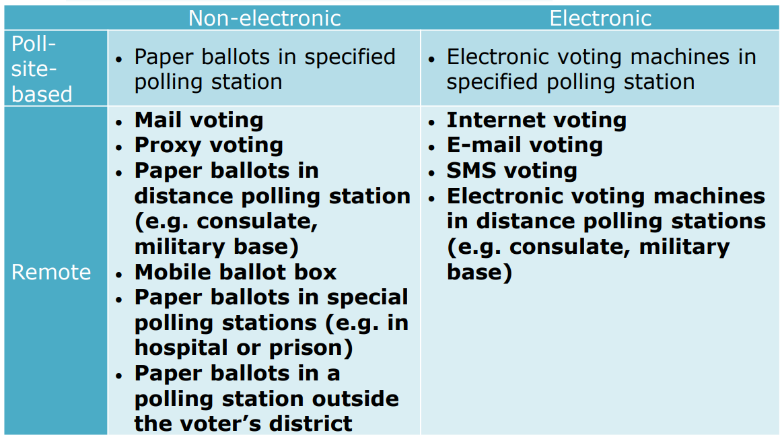 Benefits of the use of remote voting solutions:

Remote voting solutions can help facilitate the act of voting for:

Drawbacks of the use of remote voting solutions:

There are also several drawbacks relating to each remote voting option. This shows that there is no ‘golden solution’ to facilitating access to the ballot and that each option has its own advantages and shortcomings.

The main risks related to all remote voting solutions include: 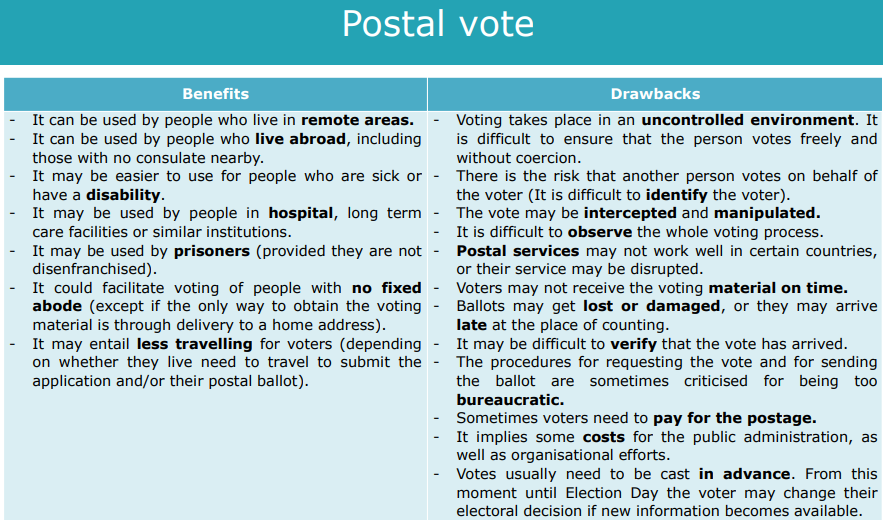 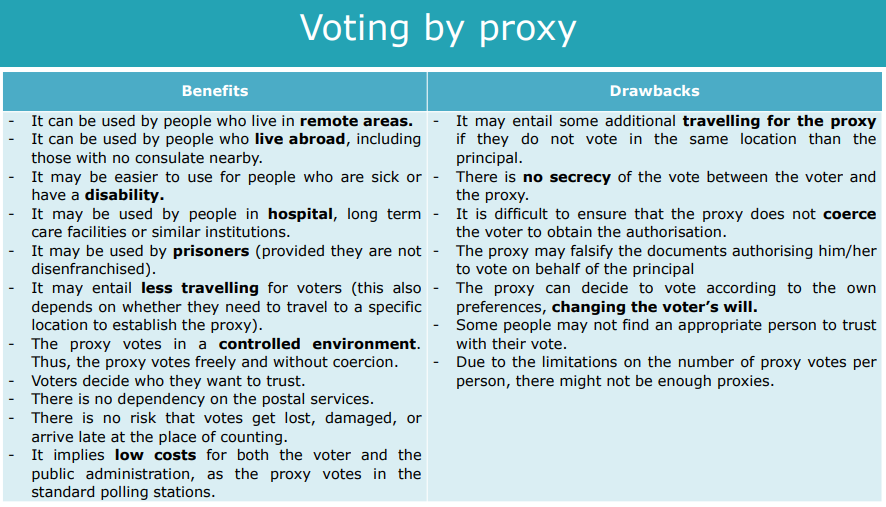 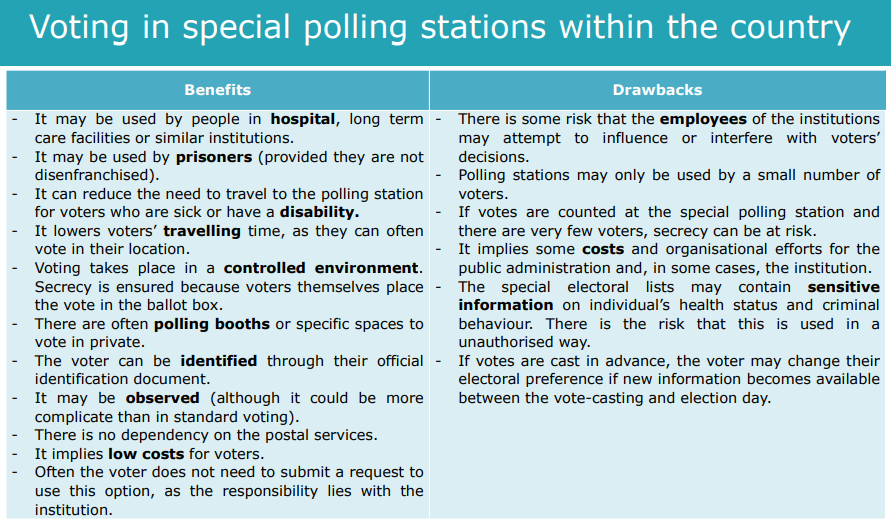 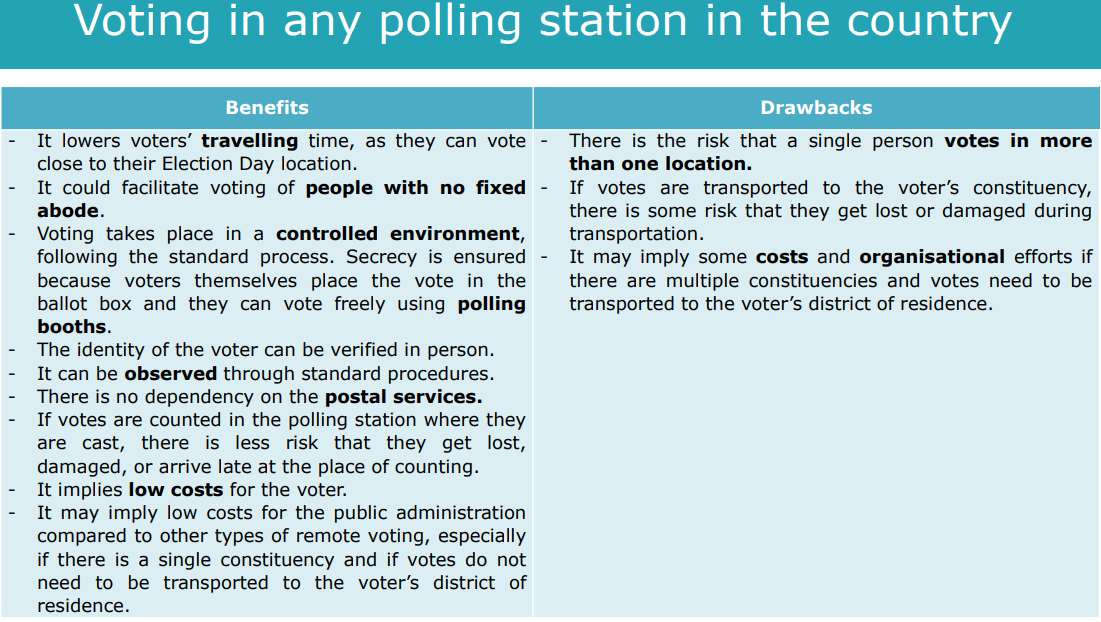 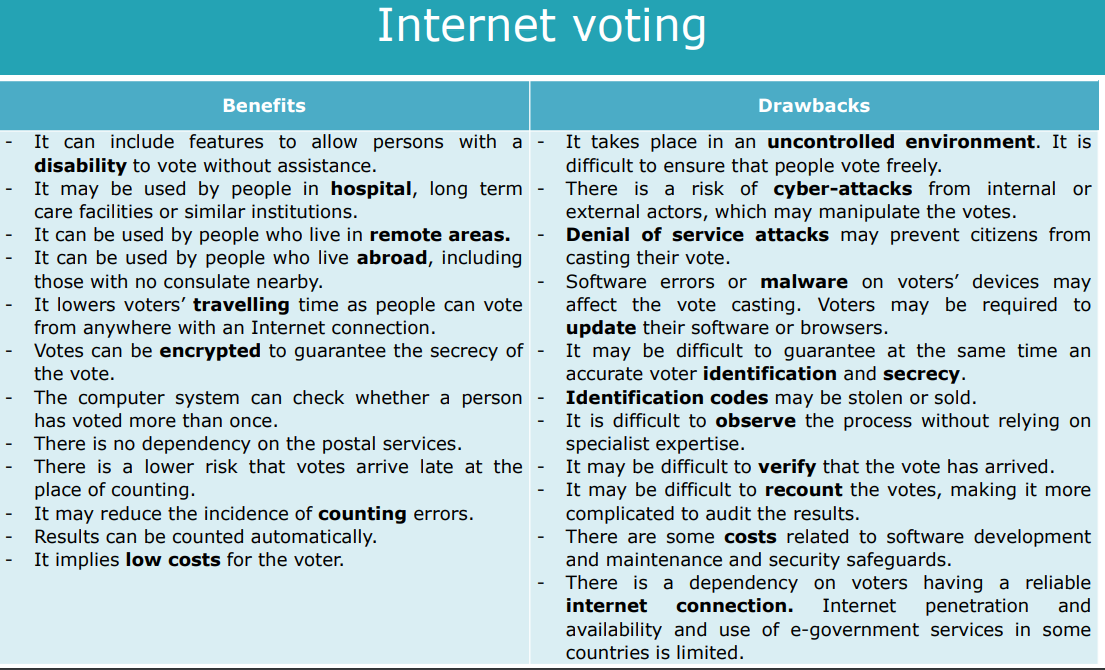 There is an additional layer of concern regarding e-voting because it uses electronic systems to report votes. Such systems could potentially be hacked by outsiders to alter the count, fabricating tabulations after the voting ends. Additionally, if e-voters do not cast ballots in the contests where they're eligible (because of where they live) it may be easier to commit voter fraud since there would be insufficient oversight.

Beyond that is the risk of voter fraud through identity theft. One form of identity theft occurs when a scammer contacts registered voters, claiming to work for a local election board needing to "verify voter registration." The scammer may then ask the person to verify personal information, such as a Social Security number, which has nothing to do with voting at all.

The Security of Online Voting Systems

One of the most significant disadvantages of online voting systems is that they're not as secure as traditional paper-based systems because there's always the potential for hackers to tamper with the results.

To improve election security, authorities should look for a system that uses encryption to protect the data. The system must get tested by independent security experts.

Another disadvantage of online voting is that it can lack transparency. With traditional paper-based voting, voters can see people counting the ballots. But with online voting, the process is entirely electronic, making it harder to verify the results.

It’s essential to look for an online voting system that offers transparency features. For example, some systems provide a live election results page where voters can see the results as they roll in.

States may consider exploring the extent to which their voting system is fit for the needs of its voting population, and whether an extension or adaptations to their remote voting offering would make voting more accessible, especially for specific groups especially for specific groups (e.g. people living abroad, people with disabilities, people who are in hospitals/nursing homes, etc.)

At the same time, States may explore whether remote voting may present issues relating to electoral legitimacy and additional administrative burdens for the state. Therefore, they should understand the trade-offs between the benefits and drawbacks of remote voting when implementing or adapting voting options.

Recent Proposal of Remote voting for migrants in India:

The Election Commission (EC) is working on a plan to introduce remote voting machine for migrant workers.  The initiative will allow migrant voters to vote from remote location through the remote electronic voting machines or RVMs. They won't have to travel to their home districts to exercise their franchise.

Why we need RVM?

Though there is no central database available for migration within the country, the analysis of available data in the public domain points to work, marriage and education-related migration as important components of domestic migration.

"Out-migration" is predominant among the rural population in overall domestic migration and around 85% of the internal migration is within states.

Separate polling booths for remote voting will be set up and as per Election Commission, each single remote polling booth will cover 72 constituencies. To cast the vote remotely, the voter will have to register online or offline for a remote voting facility before the polling day. This has to be done within a pre-notified time with the concerned Returning Officer of their home constituency.

Once the voter is verified and declared eligible for casting his or her vote remotly, a multi-constituency remote polling station will be set up in the area where they are currently staying. The RVMs will have the same security system and voting experience as the Electronic Voting Machine.

These RVMs will have a different electronic ballot display system with candidates and symbols instead of a fixed ballot paper sheet.

When the voter scans his/her constituency card in the presence of the Presiding Officer at the polling station, their respective constituency and candidate list will appear on the RVM display. As for counting the votes, the electronic system will also count and store the votes for each candidate in a constituency.

The remote e-voting machine will be a standalone device which doesn’t need connectivity to operate.

The machine is developed by public sector undertaking Electronics Corporation of India and can handle up to 72 constituencies from a single remote polling booth.

ECIL and Bharat Electronics are the two PSUs manufacturing the EVMs.

The RVM is a modified version of the M3 (Mark 3) EVMs.

Opposition parties and experts have expressed caution against the Election Commission’s proposal to introduce a remote voting facility, saying the concept is unclear and implementing it would make elections unfair.

The Opposition’s main concern is that regional parties, who do not have as many resources as their larger competitors, will be unable to deploy polling agents in remote polling stations in other parts of the country. Polling agents are personnel appointed by candidates to represent them at polling stations to protect interests by ensuring the voting process is free and fair.

Similarly, the proposal to use a modified version of electronic voting machines now being used has fanned long-standing allegations about the devices being manipulated.

There are challenges of defining domestic migrants, enumerating remote voters and implementation of the Model Code of Conduct at remote polling booths in other states.

Ensuring secrecy of voting, facility of polling agents for identification of voters and process and method of remote voting and counting of votes, are among the other issues.

The Representation of the People Act, 1950 and 1951, The Conduct of Election Rules, 1961, and The Registration of Electors Rules, 1960, will need to be amended to introduce remote voting.

While the laws can only be changed by Parliament, the related rules in this case can be tweaked at the level of the Law Ministry. The number of booths to be set up and their locations also needs to be settled.

The method of remote voting, familiarity of voters with the methods and the RVM technology, counting of votes cast at remote booths and their transmission to the returning officer located in other state or states also requires deliberations.

ECI has admitted there are several problems to be tackled. According to the Commission, there are legal challenges such as defining if “remote” means outside the home constituency, district or state, as well as who can be considered a “domestic migrant”. Similarly, there are technical challenges such as unfamiliarity among voters about the remote voting process and the modified version of voting machines.

Additionally, it is unclear how many remote polling booths would be required for each election, where they should be set up and how the Commission will enforce the model code of conduct in these remote voting locations. The “model code of conduct” are rules political parties and candidates must follow during campaigning, polling and counting of votes. It also set out how the party in power must function during the election period.

"Migration-based disenfranchisement", the EC said, is not an option in the age of technological advancement. To overcome the challenges associated with RVM, the Commission has rightly sought suggestions from registered political parties. Perceptions of fairness are just as crucial as actual fairness and justice in democratic processes.  Allowing millions of migrant workers to vote remotely in safety and without fuss might actually improve India’s inclusive, participatory, and vibrant democracy.