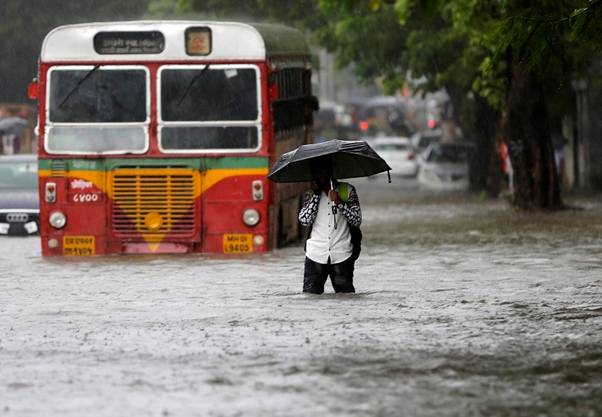 Causes of Urban Flooding in India

Every year during monsoon season, India witnesses the problem of urban flooding in one or two metro cities. The authorities usually blame it on the unprecedented rainfall pattern i.e., extreme weather events. This unprecedented rainfall has caused mayhem which is not just causing inconvenience for the community but also taking away lives of people.

What factors are aggravating this crisis?

The rate of urbanization that India currently is witnessing is in a state of transition. Wherein urbanization perhaps is at a very fast pace, the infrastructure upgradation is not able to keep pace with this rapid pace of urbanization.

The increasing urbanisation will further increase this problem

The events of urban flooding have become an increasingly regular phenomenon worldwide. There is a need to design or reinvent management and maintenance systems in a way to be able to cope with the changing climate patterns.

How challenging it would be for the urban planners in India?

Currently, India has the second largest urban system and, in the years, to come, half of India’s population is going to be living in cities therefore this problem requires immediate attention. Unfortunately, this was not reflected in NITI Aayog’s report released in 2021 – which says, 65% of the urban settlements in India do not have a master plan and perhaps urban planning has not received the kind of attention that it requires for India to become a developed nation by 2047.

What should be the way ahead?

How technology should be used in addressing challenges like urban flooding?

keeping the risks in mind and the challenges of limited land, and the fast-increasing population in India, these are problems that it will continue to face.

What more needs to be done?